This is a big event. They have rides of multiple distances and caps on the number of people who can participate in each distance.

I signed up for the century ride many months ago, thinking it would provide motivation over the Winter and Spring.  I has also previously done the 34 and 63 mile rides and figured the only way to go was up.  As the ride date drew near, I became a bit concerned about the distance, as the event did not motivate me as I had hoped and the longest ride I had done previous to this event was 48 miles. I also had only been on my road bike a couple of times since sometime last summer (maybe) and had only ridden outside twice this year.  At the same time there was that part of me (the same part that suggests that I can do Ironman races) that kept nudging me saying.. "you can do this".  So, do it I did.
I got to the event site at 5:00am as I wanted to get a parking spot close to the start and planned to be on the road at 5:30am.  The weather report said that it was going to be in the 90s and I was determined to be done before the worst of the day.  My actual start time was closer to 6:30am as it was cold at the start and I  felt it best to wait until the sun came up. I had a cycling shirt and arm warmers on but couldn't find one of my gloves!  I was so frustrated. I looked for it everywhere, except under my coffee mug in the cup holder of the car where I found it after the event.  My hands were really cold so finally I improvised and purchased a pair of socks  to wear on my hands.  I first thought about cutting out the toe area but once I saw the socks, I just couldn't do it.  They worked out pretty well! 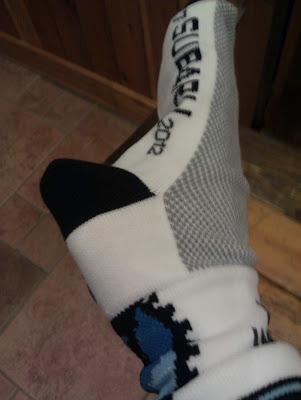 I really didn't know what to expect from part of this course as I had never road it before. The elevation chart and description was a bit intimidating but I figured I could always get picked up by bike support if I just couldn't do it.

My goal was to ride as far as I could before stopping at an aid station as the whole stop/start thing is mentally tough for me.  I got to the 44 mile mark before stopping as I was getting hot, knew that there was a lot of climbing ahead and thought I better refuel.  Look who was at the aid station... 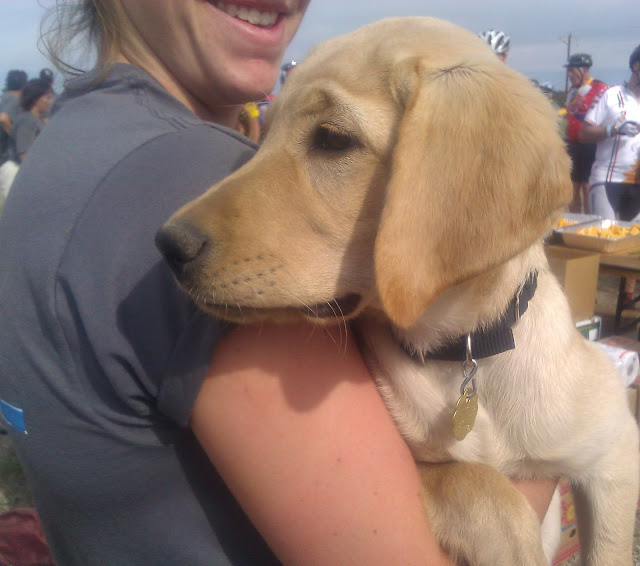 There were a bunch of puppies of different ages who would eventually be trained to be seeing eye dogs. I tried to get a picture of the real little ones but there was just to much playing going on :)

The next aid station that I stopped at was at the 72 mile marker. At this point I was really hot and not feeling so great. We had just finished Roller Coaster Road and it was tough.  I spent some time sitting in the shade and took this picture of Palmer Lake. The train passing by held us up for awhile but I didn't mind the few extra minutes of rest in the shade. 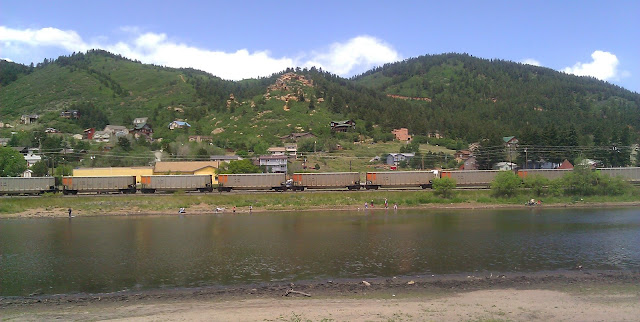 So off I went again, determined to get this thing done. There was one more long climb and it was tough. It had to be close to 90 degrees at this time and I was dying for some cold water. Then, look who I came across?  There were two wonderful girls and their families at the side of the road with a beverage stand! I was in heaven!  They even had ice!  I am not kidding when I say that the water and ice I had was the best ever!  I really think it is what gave me the energy to plow through the rest of the ride. Many thanks to those wonderful people!

The rest of the ride was uneventful, which I guess is a good thing. I was just ready to be done. I participated in this event by myself and I actually enjoyed that part of it.  Not that I don't enjoy riding with people, but this ride gave me a chance to just spend sometime by myself, not having to interact with anyone (which is what I do all day at work). I also thought it would be great practice for IMFL as there is no chit chat and riding side by side during that event.

I am glad I did this ride. While I wasn't in the best shape for it, it proved to me that I had what it takes to get it done. I think it also gave me the jump start and confidence that I was lacking. 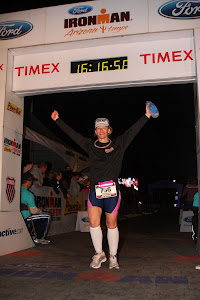 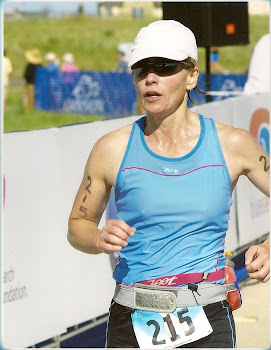 Kathleen
Highlands Ranch, Colorado
A person who finds pleasure(can that be?) in the challenge of training for and participating in endurance/multisport racing. 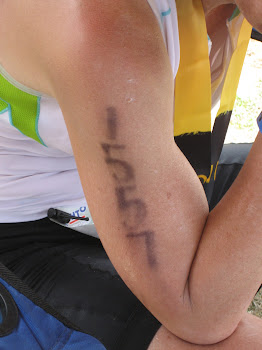